The fun & serious life of a BlaBlaCar engineer

There are today 100 million people using BlaBlaCar's carpool and bus services as a travel alternative in over 22 countries. Founded in 2006 by Frédéric Mazzella, the company's vision is to be the go-to marketplace for shared travel, and is being carried out by its expansion with different services such as BlaBlaCar Daily.

Behind the screens, there are over 280 engineers working in 3 different countries in order to not leave a single seat empty. One of them is Jerome Smadja, Frontend Engineer at BlaBlaCar since 2016.

"I've always been in the same position as a Frontend Engineer, but the actual work itself evolved a lot. That's why I stayed, if I was stuck back in 2016, I would probably have gone to another company, but the job is still super interesting. I'm still constantly learning things and on the tech side I have the chance to work next to some really talented people."

Jerome's journey has accompanied BlaBlaCar's main changes over the last few years, with big transitions such as the legacy website to the SPA (Single Page Application) one, the current company website. Going through the product evolution allowed Jerome and his colleagues to constantly have the learning hat on:

"When I started at BlaBlaCar I was working with what I already knew, and then I constantly got more innovative and challenging projects. We always keep an eye on the new technologies and on the new best practices, which is great. At BlaBlaCar we are at this stage where we try not to run late, we don't want to have legacy technologies for reasons such as maintenance and performance.", he explains.

All learning is normally done as a team, one of BlaBlaCar's main characteristics, Jerome emphasises: "We have some rituals on chapter SPA side, for example, our weekly meeting every Tuesday. We have an agenda to leave space to anyone who wants to show something, such as a demo or a project they're working on. It's also a space for discussion of new technologies and about the vision we, as a team,  have on SPA. All the big projects, called chapter projects in the roadmap, are discussed and prioritised together. In the SPA team, there are 10 people now, so we can't really work all together at the same time on the same project, instead we're trying to have small dedicated and focused teams on each topic."

"When I first joined, we had what we called "tribes" with one product designer, data analyst, backend engineer, frontend engineer and-so-forth... Since then, we've had a few reorganisations and in the last one the fullstack squads were introduced. We also got closer to the mobile apps on how we do things, so it's important to talk to them in order to have consistency between platforms. You need to share and learn from other teams, more than ever." Jerome adds.

But it's not all work, nodes and deployments in an engineer's daily life. The office and remote activities organised by the engagement team make up an important part of the BlaBlaCar experience. His personal favourites?

"The parties, impact day - those are especially nice... The innovation day we did with the SPA team too!" By the end of our talk, Jerome sums up the reason why someone should join BlaBlaCar's ride with "I can see 3 reasons off the top of my head: working with very talented people; feeling empowered to take on transversal topics and growth from sharing & learning - this is a strong value on the engineering side." 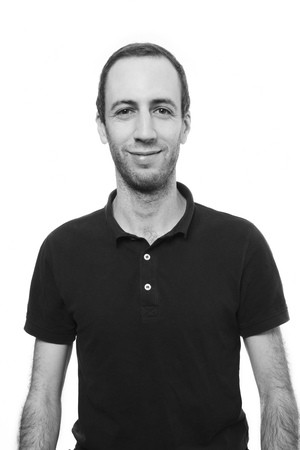 BlaBlaCar is the world's leading carpooling platform, created with one dream in mind: leveraging technology to fill the millions of empty seats on the road. We offer long- and short-distance carpooling as well as a bus marketplace, with the mission to become the go-to app for shared road travel.